The Lake Michigan coast is composed of bluffs, beaches, and waterfront infrastructure. These interconnected coastal features serve as the interface between high-value upland areas and the economic and cultural assets of Lake Michigan. Processes like waves, erosion, sediment transport, flooding, slope stability, and fluctuating lake water levels can combine to damage coastal properties and impair the function of waterfront facilities.

The hazard processes that affect bluffs, beaches, and waterfront infrastructure are described briefly below. For more detailed information on these issues, an excellent review of hazard processes is available in the U.S. Army Corps of Engineers/Wisconsin Sea Grant publication Living on the Coast. 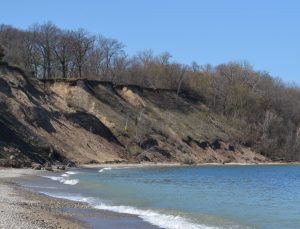 Waves can erode the shoreline, causing it to recede landward. Shoreline recession along bluff coasts is caused by a cycle of erosion at the base of the bluff by waves, which can destabilize the bluff slope and cause failure, or collapse, of the bluff. High Lake Michigan water levels allow erosive waves to reach higher elevations on the shore, accelerating shoreline recession and bluff failure processes. Other factors that contribute to bluff failure include elevated groundwater, which reduces the stability of the slope; stormwater runoff, which erodes the bluff surface soil: and freeze-thaw cycles, which weaken the soil. 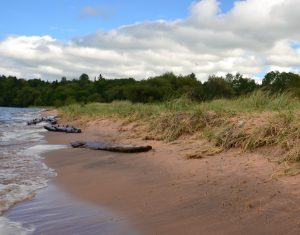 Wisconsin has 110 public access beaches (DNR, 2021), which provide valuable recreational lake access to millions of visitors per year, a significant driver of a tourism economy that brings $35 to $50 to the local economy per beach visitor (Song et al., 2010).

Waves can erode beach sand, leading to a narrower beach. High Lake Michigan water levels inundate portions of the beach while also allowing waves to erode higher up on the beach. Beach erosion can be accelerated by the interruption of sediment transport along the coast by increased armoring of the shoreline. In addition to erosion, beach function can also be impaired by water quality issues. 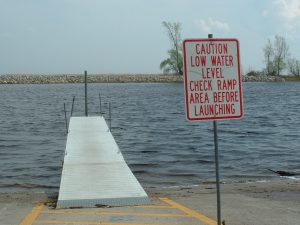 Low water levels and sediment deposition can lead to insufficient water depths for safe navigation at these facilities, requiring costly dredging to maintain function. Low water levels also expose normally submerged timber and rock infrastructure to air, accelerating the deterioration of these materials. High water levels and large storm waves can damage or destabilize infrastructure. Both low and high-water level extremes can lead to operational and safety issues if a large elevation difference exists between vessel and dockage. 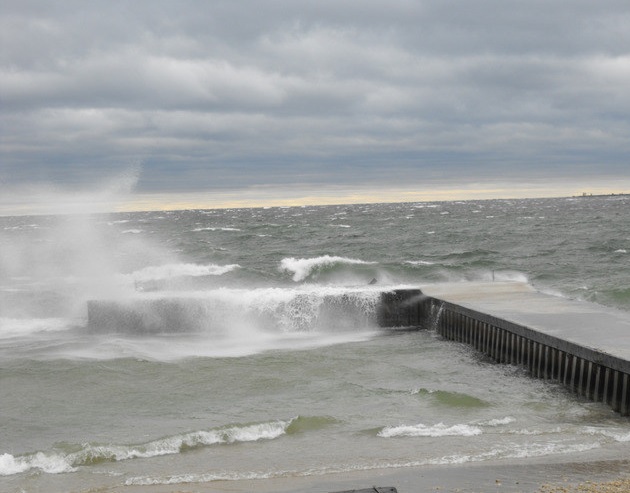 Many of today’s coastal cities occupy low-lying areas like river mouths and natural harbors that provide valuable access to the lake for commerce and water infrastructure. In other low-lying coastal areas, only a beach, dunes or low banks lie between the lake and residential or commercial development.

Coastal storms with strong winds and atmospheric pressure gradients cause large waves and a “piling up” of water along the coast known as a storm surge, which can combine to inundate low-lying areas of the coast. High lake water levels will contribute to an increase in coastal flooding by allowing waves and storm surge inundation to reach higher elevations. 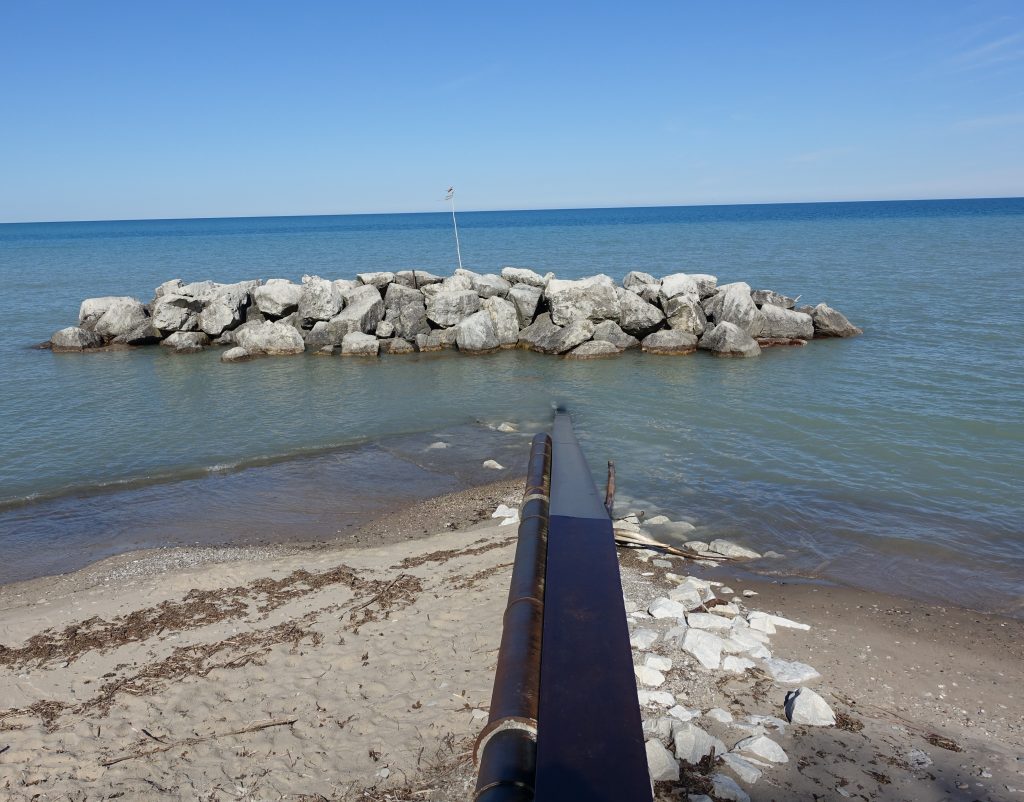 Bluffs, beaches, and waterfront infrastructure are interconnected through regional sediment transport and nearshore processes like waves and currents. Oftentimes, actions taken to reduce risk at one location on the coast can produce unintended negative consequences at surrounding areas. For example, armoring the shoreline at one property to protect against erosion changes the sediment and wave dynamics of the area and may cause an increase in erosion to nearby shorelines. The complexities of the bluff-beach-infrastructure shoreline system in Wisconsin illustrate how uncoordinated actions to reduce risk locally can lead to exacerbated issues regionally.